Early May is an unusual time to take a drive from Wisconsin to the upper peninsula of Michigan state. Once there, you will find one of the great wilderness areas in North America.  Which is home to an abundance of waterfowl, bear, moose, elk, and wolves. So keep your camera handy.

Within an hours drive one can experience the magnificence of three of the Great Lakes. 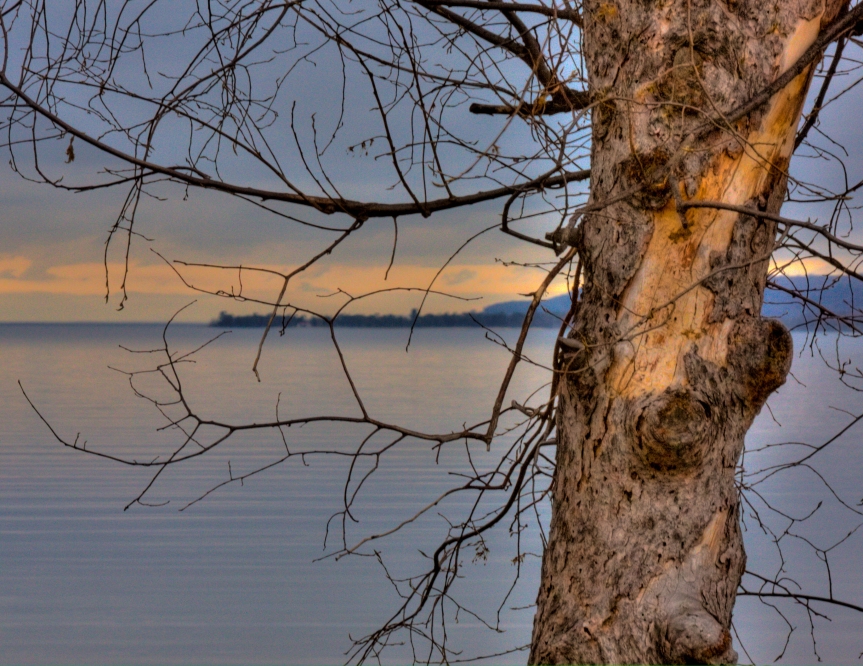 This photo is shot in HDR at sunset over looking Trout Bay, near the town of Munising Michigan on the north shore of Lake Superior.  I have rarely experienced such spectacular colors as those seen while over looking the Great Lakes.

Below is the Mackinac Bridge, recognized as the longest suspension bridge in the world. 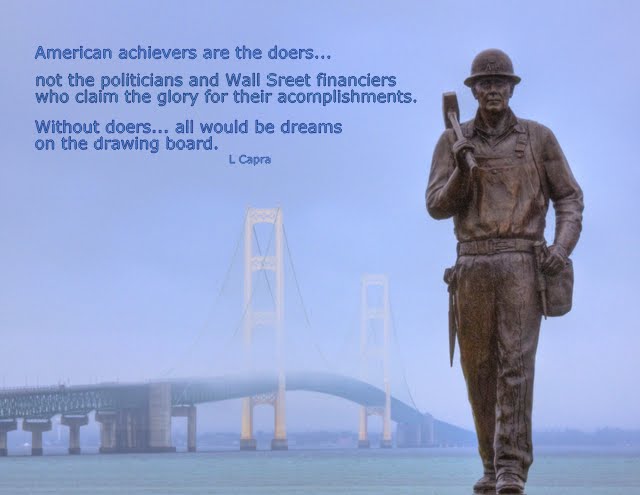 There was an especially beautiful view of the bridge that day, with partially over cast skies.  I felt lucky to take this unique photo—shot in HDR—of the bridge structure rising up out of the fog.

The statue is at the visitor center.  It was erected in honor of the individuals who worked on the bridge construction.  I was so moved by the image that I couldn’t resist editorializing the scene with some testimony of my own.

If anyone is ever traveling from the eastern United States to the upper Midwest, I’d recommend traveling through this area, approaching from either Canada or Michigan.  There are many quaint little communities with our typical Midwestern congeniality, pasties, and fudge.